Enjoy freedom and security at once with our self drive itinerary from Edinburgh. Take a tour of Northern Scotland visiting the Highlands and the Orkney Islands.

ASK FOR A QUOTE

Our itinerary starts with a visit of Edinburgh’s major attractions. We strongly suggest to visit the Edinburgh Castle where you can admire the “Stone of Destiny” and the Crown Jewels, the oldest collection in Europe and the Holyrood Palace, palace of Mary Stuart once and the official residence of the Royal Family in Scotland nowadays.

Heading North you will cross Forth Road Bridge with its spectacular views before entering the region of Perthshire with its breathtaking scenery. Visit of Scone Palace, former seat of the coronations of Scottish kings.

Departure for Dunkeld, with its medieval Cathedral on the banks of Loch Tay. Visit of Edradour, the smallest whiskey distillery in Scotland.

Now the journey will take you to one of the less explored areas of Scotland. On the way you can visit the Dunrobin Castle in Golspie with its beautiful gardens, where you can also see an exciting demonstration of falconry.

To reach the Orcades Islands you can take a boat till Stromness, a nice village with a stunning panorama. Proceed towards the North on the beautiful coast to Yesnaby and Skara Brae, important Neolithic village dating back over 5,000 years ago. The village has remained buried under the sand in the Bay of Skaill until 1850.  Visit of the Ring of Brodgar, one of the most important attractions of the Orkneys.

Day 5 is dedicated to the west side of the main island of the archipelago. You can still see some ancient settlements of the tribes of Picts, considered the first inhabitants of Scotland later displaced by the Vikings.

This place is considered unique for a particular phenomena: at certain times of the day (usually in the late afternoon)  the sea level reaches such a low tide that you can walk on a “hidden” part of the island where there is a small lighthouse built in 1925. As this is a popular attraction, you can check the tides schedule at the tourist office. Unfortunately it can also happen that the tide gets up very quickly and the visitor is forced to stay overnight in the lighthouse on the island. To solve this problelm the lighthouse has been equipped to provide shelter for the night, a toilet and some food.
The settlement itself is not spectacular but the experience is great especially if you get near the gate when the water is still high: you can watch the beautiful spectacle of the sea showing shells and crabs.

Proceed to the Broch of Gurness, archaeological heritage dating back to the Iron Age. The site is very well preserved and includes a circular tower (discovered by chance!) and a number of homes connected to each other.
Another popular attraction is the Italian Chapel, a small chapel built during World War II by Italian prisoners of war.

On day 6 we have planned for you another boat trip: Thurso. Once in Thurso you can drve along the west coast towards Tongue through the mountains of Ben Loyal and Ben Klibreck first and along the banks of Loch Ness later. Suggested stop: Urquhart Castle.

Departure towards the south along the famous Caledonian Canal, through the Glen Coe, the famous Scottish valley which was the scene of the cruel massacre of the Clan Macdonald and Campbell.

You will pass by Loch Lomond, the largest lake in Britain, well known for the beauty of its coastline and forest islands. Stop in Luss, one of the most beautiful villages in central Scotland. We suggest to walk through the village and admire the picturesque cottages. 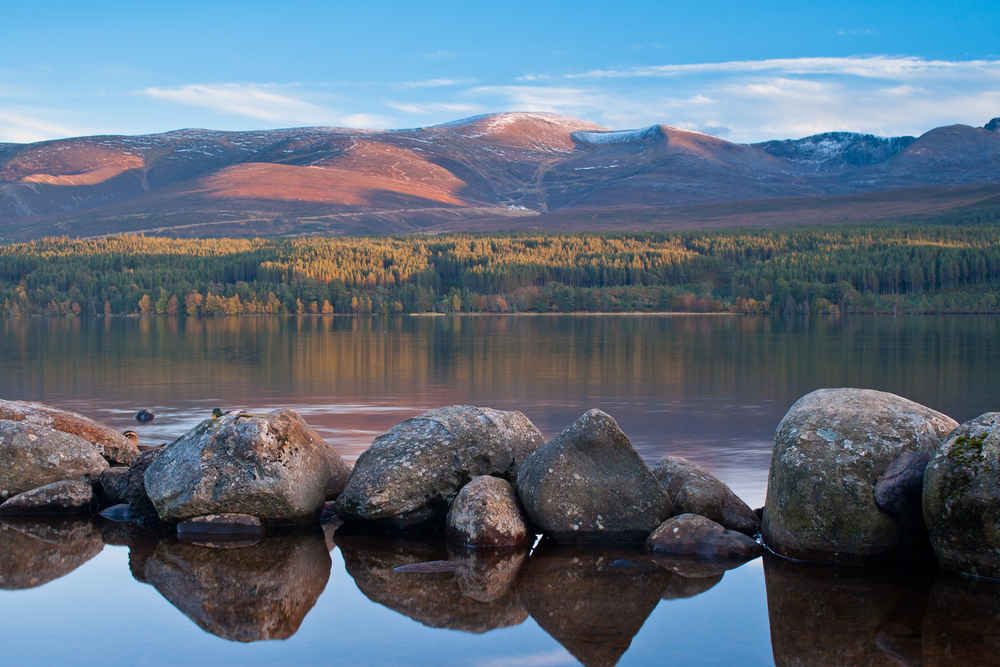 Price is per person in double room ensuite with Scottish breakfast included.

Included in the price: